Getting on the TEDx Platform

Probably for most folks, getting to do a TEDx talk won’t happen the way it did for me. I put it on my bucket list and three weeks later I was asked to do one.

Before I put it on the list, however, I did research on how to go about getting to do a TEDx talk. Here are some things you can do to start on your road to the stage of a TEDx event:

1- Check out TEDx talks in your area. The Internet can be a help here by typing in TEDx and the area or state where you reside.

2- Go to any local TEDx talks to see what it is like and possibly chat with the organizers. Also, talk with some of the presenters and find out how they got on the bill.

3- Find out from the organizers, or online. when they do their event and what is their theme for the next one. It’s important that your message fits their theme.

4- Find out what the process is for applying. I think each TEDx talk group might be different.

P.S.- Here is the link to the TEDx talk I did:
https://www.youtube.com/watch?v=rqPu52vWpJA 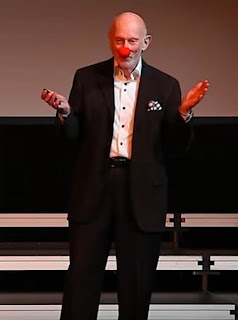 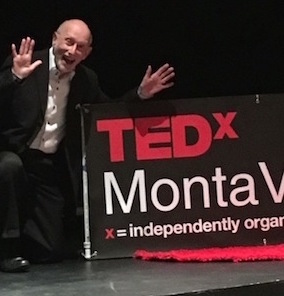 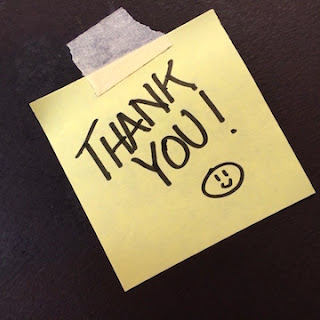 This year (2016), I’ve decided to send one email each day thanking someone who has enriched my life. .

TODAY YOU ARE THAT PERSON.
I APPRECIATE YOUR BEING IN MY LIFE.

P.S- Please know that there is no hierarchy here. In the past few days, your name and who you are in the world came to mind. When that happened I realized that I wanted to honor and thank you for enriching my life.

Everyday in 2016, and yes I may have missed a day or two but in general I was pretty consistent, I sent the email above to someone thanking them for enriching my life.

My intent on sending it was to acknowledge those people who have helped me live a rich abundant life. However, as is often the case, I got back more than I gave.

Here are just a few of the unexpected comments I received:

“It gave me goose-bumps to know I was thought of in this way.”

“This has been a tough week for me. My mother passed away and we've been dealing with   all the ‘stuff’ that goes with that transition in life. I'm okay  and doing better. It helps a lot to know I have friends out there, like you.”

“What a delightful surprise I got from your e-mail. Bless you. Thank you for thinking of me and including me as someone who has enriched your life. You certainly have enriched mine.”

“This is the nicest surprise I have ever had in my inbox and on a day that I could really use it.”

“Wow! That is so incredible Allen, to be a recipient of so much love. I was feeling very grateful and blessed all day so far. To be thanked and appreciated by you is the cherry on top of an already spectacular sundae of a Monday.”

One final note: A number of people have asked if they may borrow the idea to use themselves, with their family or with their organization. Of course they, and you, are most welcome to use this idea. Can you image what kind of world we would have if everyone did this simple exercise every day?