The Mid-Month Mirth Memo is a short amusing tidbit to brighten middle of the month monotony.
It is brought to you by best-selling author, award-winning speaker,
"Jollytologist" ® Allen Klein
www.allenklein.com 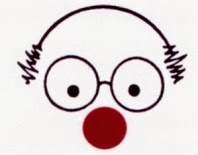 QUESTIONS OF THE MONTH:
Asked by lawyers in court proceedings...
"Without saying anything, tell the jury what you did next."
"How many times have you committed suicide?"
"Now,doctor, isn't it true that when a person dies in his sleep, he doesn't know about it until the next morning."
—from The Dumb Book

FACT OF THE MONTH:
Older people often go to another room to get something and when they get there, they stand there wondering what they came for.  It is NOT a memory problem, it is nature's way of making older people do more exercise.
***

ARTICLE OF THE MONTH:
"Missiles, Marriage and Mirth"  Humor in the Israel military conflict.
http://www.examiner.com/article/missiles-marriage-and-mirth-being-israel-during-the-military-conflict 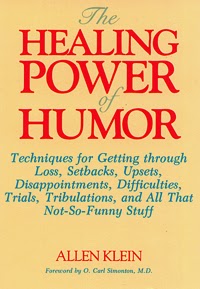 JOKE OF THE MONTH:
I was giving a patient a Rorschach Inkblot Test. Looking at the first card, he replied, "I see a naked woman." When I showed him the second card, he said the same thing. On card number three, he said, "Looks like two naked women."

I remarked that he seemed quite interested in naked women and asked him to tell me more.

"Don't ask me, Doc," he replied. "You're the one showing all the dirty pictures!"


QUOTATION OF THE MONTH:
During the Iraq war, General Colin Powell was asked, "How stressful is it to oversee a war?" He replied, "I'm sleeping like a baby. Every two hours, I wake up, screaming."

GREAT IDEA OF THE MONTH:
Want to learn about humor and laughter?
Want more of it in your life?
Want to mingle with the gurus of therapeutic humor?
Then don't miss the Association for the Applied and Therapeutic Humor conference, April 3rd to 6th, at the Red Skelton Museum of American Humor. More info: http://www.aath.org 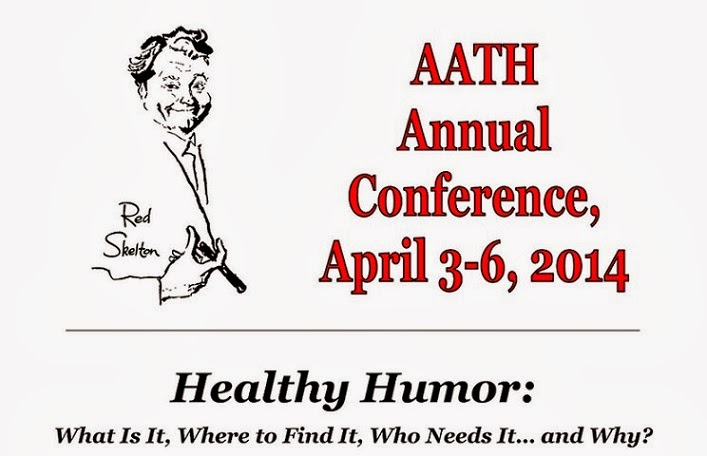 QUOTATION OF THE MONTH:
A computer once beat me at chess, but it was no match for me at kickboxing.
- Emo Philips

JOKE OF THE MONTH:
The reason baby diapers have brand names such as "Luvs" and "Huggies",
while undergarments for old people are called "Depends":  When babies poop
in their pants, people are still gonna Luv'em and Hug'em.  When old people
poop in their pants, it "Depends" on who's in the will.

SHAMELESS PROMOTION OF THE MONTH:
Wanna add more laughter to your life this year?
The Laughter DVD has 15-minutesof people laughing.
And it's contagious!

Pratfalls from the Platform

When I was seven-years-old, my parents took me to see my first Broadway show, “Oklahoma.” Every since that time, I have been in love with live theater. I think the reason for that is that, for me, live theater is more exciting than the movies because anything can happen.


Giving a speech is no different. Anything can happen, and it often does. As W. Mitchell, CSP, CPAE, says, “it’s not what happens to you, it’s what you do about it.” And, to add to those wise words, if what you do about it is to add some humor to those platform mishaps and mistakes then you are way ahead of the game. It’s something I wish I had known when I first started speaking.
I was hired to do a post-dinner presentation for surgeons and their spouses. After signing the contract, I found out that it was going to be a formal event. Since I had no tuxedo at the time, I went to Costco and bought one for $99. I lucked out because it was the week prior to New Year's Eve. I didn't do so well, however, during the speech.
The tux, made in Yugoslavia, had some weird side buckles that I apparently didn't fasten too well. During the program, one buckle came undone. Then the other side did too. I leaned to one side and caught the falling pants with my elbow. And that is the way I remained during the rest of the talk…one hand holding the microphone and the other arm holding up my pants.
I was too new in the speaking business to realize that I could have openly shared what was happening with the audience, instead of trying to hide it. Had I revealed my dilemma, I probably would have gotten a chance to buckle up again and maybe even a great big laugh.

Another time, just as I was getting to the punch line of a story during a luncheon speech, the fire alarm went off. The audience sat there thinking it was part of a joke. But it wasn’t. I didn’t smell smoke but I knew that it was my responsibility to take charge and get the audience out of the ballroom just in case there was a fire.

When we returned, after learning that someone had accidently set the alarm off, I continued my talk about therapeutic humor. My opening line was “I guess humor is really a hot topic.”

Perhaps one of the funniest comebacks and a great example of “going with the flow” no matter what happens on stage, was told to me by friend and colleague, Karyn Buxman, CSP, CPAE.

One day she was giving a presentation in an unusually dark ballroom. The walls were black, the carpeting was black, the stage curtain behind her was black.
At one point in her talk, she stepped forward, missed the edge of the stage, and found herself flat on the floor. Although she was a little startled, she realized that she wasn’t hurt, just embarrassed. She also realized that the microphone had fallen right nearby. So, still lying on the ground, she picked it up and announced to the audience, “And now I will take questions from the floor.”